What our politics are doing to us

Can this be believed?

Yes, it can. Trump is not the only one who has overturned a number of rocks. The darkest and worst in human nature has been encouraged to crawl out into the light, in the name of Christ who is the Light of the world.

Cruz’s supporter, Kevin Swanson, is not the only one to go after the Girl Scouts. Franklin Graham has taken the same position. Unlike Swanson, he has not called for executions, but the ferocity of his approach is a notable contrast to the embracing manner of his father. It is sad to think of Billy Graham, still living in Montreat with Parkinsons’ disease, probably unable to understand the details of what his son is doing.  I don’t have any inside information about that, but three years ago when Billy Graham’s profile appeared on a full page of The New York Times, recommending a vote for Mitt Romney, many people concluded that the son had taken over the father’s name and image without the father’s knowledge. 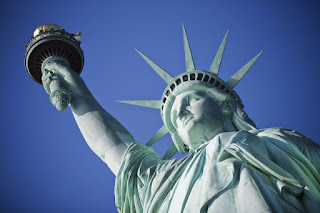 In any case, this sort of hysterical emphasis on gender issues while ignoring the great threat to our truly American values, which are symbolized the world over by the Statue of Liberty (“Give me your tired, your poor, your huddled masses yearning to breathe free…send these, the homeless, tempest-tossed to me”). These extreme views are a deeply disturbing picture of Christianity to set before our body politic. Franklin Graham’s organization, Samaritan’s Purse, has by all accounts done some wonderful humanitarian work among refugees and victims of war and disaster; how tragic if this ugly side of its founder comes to dominate the public image of his ministry. The need for America to be open-hearted and engaged in the opening of its “golden door” has never been greater. It is unwise to be foolishly idealistic about immigration–we need better screening–but a terrorist is very likely being made every few hours in the misery of the refugee camps where thousands of young men are easy picking for the Islamic State. The closing of doors to the thousands upon thousands of refugees and migrants now languishing in terrible conditions in Greece and other places is a reproach to Christian consciences everywhere.  Does Liberty still lift her lamp of shelter and welcome? or will we give in to fear and a sense of impotence? Will Canada become the new image of the New World because we have become so xenophobic? May our God, so often invoked so carelessly, give us grace, guidance, and courage to be true to our unique image in the world.