A Norman Rockwell scene at the door of Mother Emanuel AME church, only it’s not posed 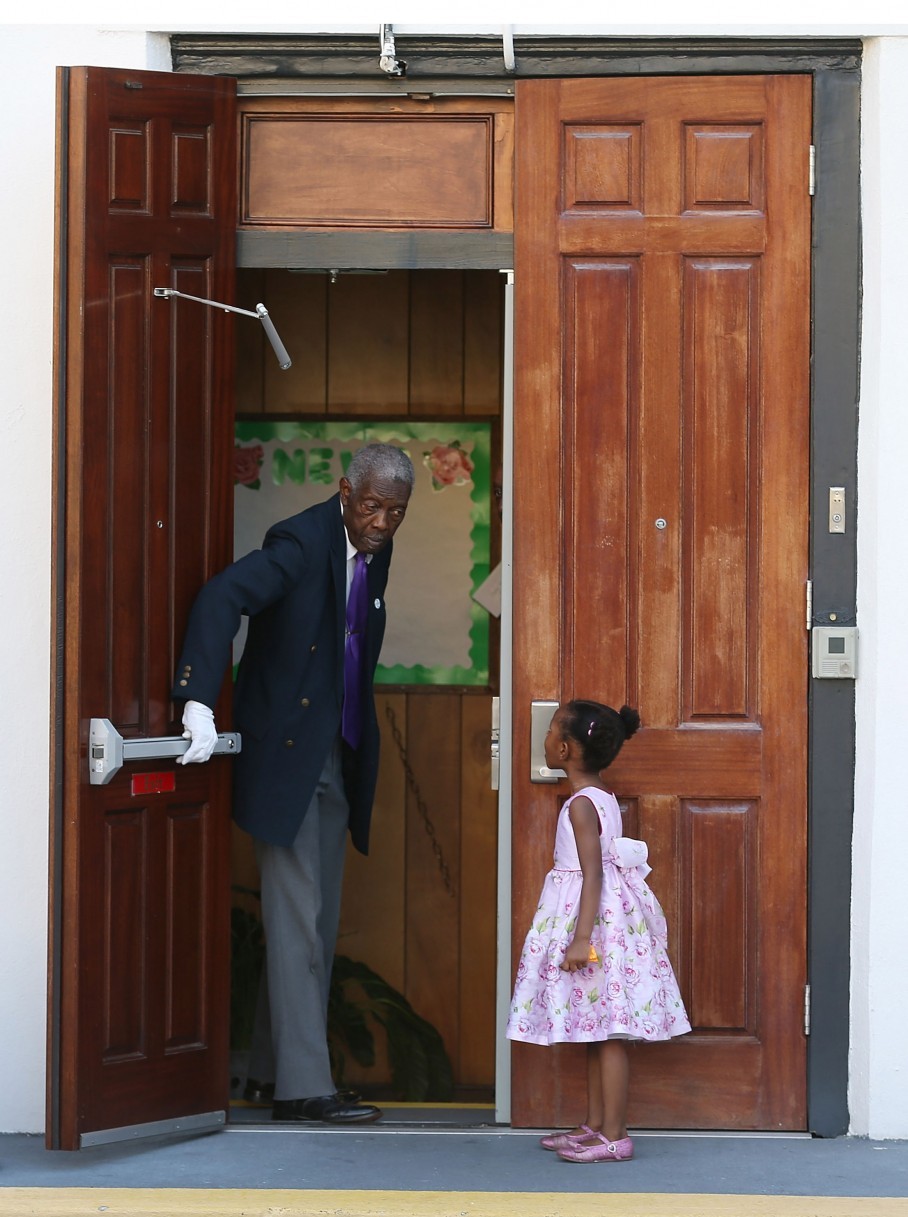 My husband and I know the story of this authentic, snapped-on-the-run, unposed photograph. A church we sometimes attend supports several missionaries. One of them is the Rev. Dimas Salaberrios, the founding pastor of Infinity Church in the Bronx near Yankee Stadium. There are a number of connections between Infinity and Mother Emanuel, so when nine people gathered for Bible study were gunned down, Pastor Dimas and a team of people drove down to Charleston immediately to offer support to the community. Pastor Dimas and his wife Tiffany have three daughters. The little girl seeking admission from the dignified usher is their youngest, Skylar. The photos was taken just prior to one of the funerals at the church after the massacre.
Two weeks later, the team from Infinity was still in South Carolina, ministering to the members of the rural black church that was burned for the second time in twenty years, the first time by men dressed as the Ku Klux Klan. (The second time, just after the Mother Emanuel massacre, seems to have been a lightning strike.)