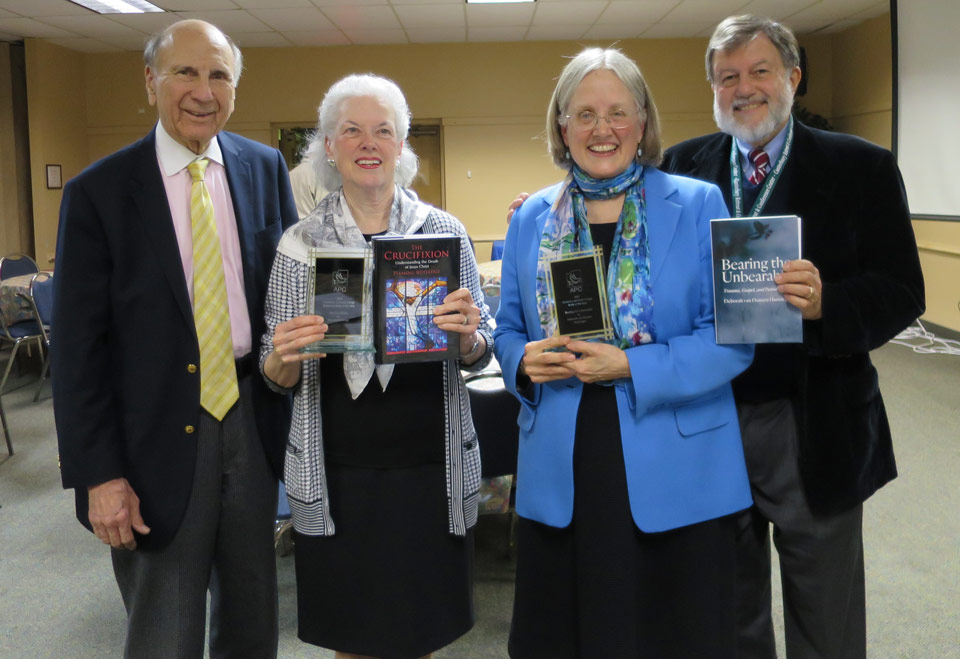 Dick and Fleming Rutledge are shown with Professor Deborah Hunsinger and Professor George Hunsinger of Princeton Theological Seminary at the Episcopal Conference Center in Oviedo, Florida, where both women won Best Book awards from the Academy of Parish Clergy. Prof. Hunsinger’s book, the Best Book of 2015, is Bearing the Unbearable, which puts trauma theory to work in the service of the gospel. Fleming Rutledge’s book, The Crucifixion, won as Best Reference Book of 2015, so designated on account of its heft and comprehensiveness. George Hunsinger, who has won many awards himself, wrote an endorsement (aka “blurb”) for Fleming’s book. It was a wonderful reunion of colleagues.